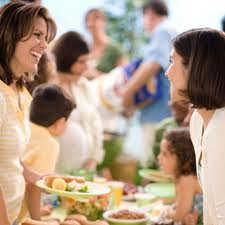 The following is an excerpt from an article I read online on September 11, 2011, ten years after the terrorist attacks.  I was encouraged and reminded that beauty and growth often accompany tragedy.  Scott Heiferman, Co-Founder and CEO of Meetup.com tells the story of how Meetup got started.
"Let me tell you the Meetup story. I was living a couple miles from the Twin Towers, and I was the kind of person who thought local community doesn’t matter much if we’ve got the internet and tv. The only time I thought about my neighbors was when I hoped they wouldn’t bother me.
When the towers fell, I found myself talking to more neighbors in the days after 9/11 than ever before. People said hello to neighbors (next-door and across the city) who they’d normally ignore. People were looking after each other, helping each other, and meeting up with each other. You know, being neighborly.
A lot of people were thinking that maybe 9/11 could bring people together in a lasting way. So the idea for Meetup was born: Could we use the internet to get off the internet – and grow local communities?
.....Meetups aren’t about 9/11, but they may not be happening if it weren’t for 9/11. 9/11 didn’t make us too scared to go outside or talk to strangers. 9/11 didn’t rip us apart. No, we’re building new community together!!!!
The towers fell, but we rise up. And we’re just getting started with these Meetups."
Scott Heiferman (on behalf of 80 people at Meetup HQ)
Co-Founder & CEO, Meetup
New York City
September 2011
Did you feel a greater sense of community after 9/11?  I know I did, but I admit that sense of unity is wearing off as the years go by.  Let's not forget those desires to belong and unite as a neighborhood, as a community, and as a nation.  We can be friendly and get together even if we have begun to get comfortable inside our houses again.  Organize, then get out, and do.

Are you part of a Meetup group?   I recently planned a nutrition event in Chicago where we had over 250 people in attendance with one-third of that attendance coming from 5 different nutrition-type Meetup groups in and around Chicago.  Meetups is a powerful networking tool to gather people in the community, or in other words to MEETUP. 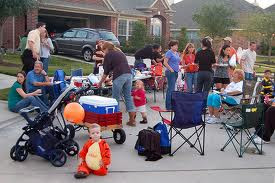 If you think you might like to join a group, get on the Meetup website, type in your city and what interests you, and join a Meetup.  You'll be asked to create a profile of yourself and add a picture.  Once a member of the group, you'll be notified via email of your group's upcoming meetings, classes, special events, potlucks, or seminars.  You can even suggest a meet up.  On the Meetup page you can mark if you are attending or not and bringing guests or not.  It's a great way to get a feel of who will be at the event.

Here is a list of some of the Meetups you'll see around the Treasure Valley.    Don't see what that interests you?  Why not start your own Meetup Group?  You'll get advice, help finding members, andy tools to make running a Meetup Group easier.  As I've had experience researching Meetup groups all over the US,  I can say that Boise has fewer Meetup groups than other cities of a similar population.  I'm not sure why that is, but we can change that.  So join or start a Meetup group and let's get busy!

Email ThisBlogThis!Share to TwitterShare to FacebookShare to Pinterest
Labels: Meetup

Older Post Home
Subscribe to: Post Comments (Atom)
Hello friend,
I started Don't Get Bored in Idaho as a guide to help me find new places to explore and new things to do with my kids. I needed something to help me when my kids would ask, "Mom, what are we doing today?"
Here's my solution to that question. In one place I have LINKS to different websites and local activities that help me plan out our week. You can find these in the right hand column. Besides the links to various places, I also blog about my experience in hopes that it will be useful information for you. I've placed a star * next to any places that we have been to and blogged about.
If it has a star next to it, check the LABELS in the left hand column for my blog review. If you are looking for things to do this summer check under the label of "Summer" to get some ideas. You don't want to get bored in Idaho.
Your new friend,
Amanda
P.S. I have a few talents, but photography is not one of them. Please excuse the crappy photos.